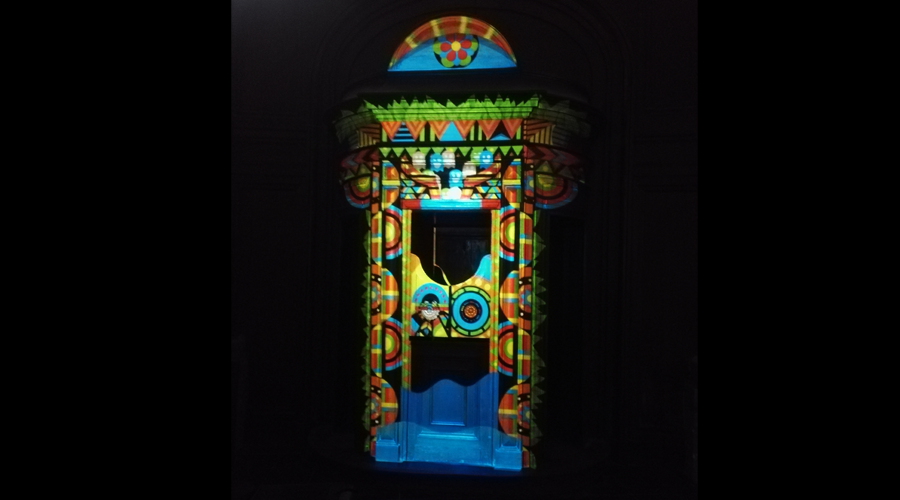 ► From the Bodies/Tableaux des Corps

Video mapping created as part of a residency organised by Rencontres Audiovisuelles and the city of Lille, in collaboration with the cities of Erfurt, Saint-Louis du Sénégal, Turin and Leeds.
As part of the celebration around the anniversary of the twinning between Lille and its partner cities and the International Solidarities Festival of Lille.